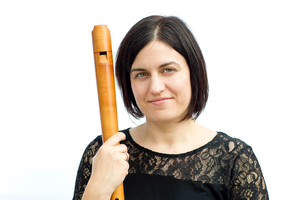 Celia is well respected as both a performer and educator of the recorder. After her initial studies at the RNCM Junior School, she went on to study at the Guildhall School of Music and Drama (including a three month study period at the Utrecht School of Arts in The Netherlands), and graduated with a First in 2003.

She has gone on to have a varied career. Her performing experience has included appearances at Cheltenham Festival, Wigmore Hall and St Martin-in-the-Fields as well as Brandenburg soloist on a number of occasions with the Adderbury Ensemble, Oxford. Celia has a keen interest in contemporary music which has led to a number of pieces being written for and premiered by Celia and she featured in the film score to "The Awakening" recorded at Abbey Road Studios.

Celia is the recorder teacher at Kingshott Preparatory School, Oundle School, St Albans School and for the Hertfordshire Music Service. Her teaching commitments see her developing the abilities of c.150 recorder students each week ranging from beginners to diploma and degree level students. Celia was a specialist adjudicator for the Hong Kong Schools Music Festival in 2008 and 2013 and is an external examiner for the Guildhall School of Music and Drama.